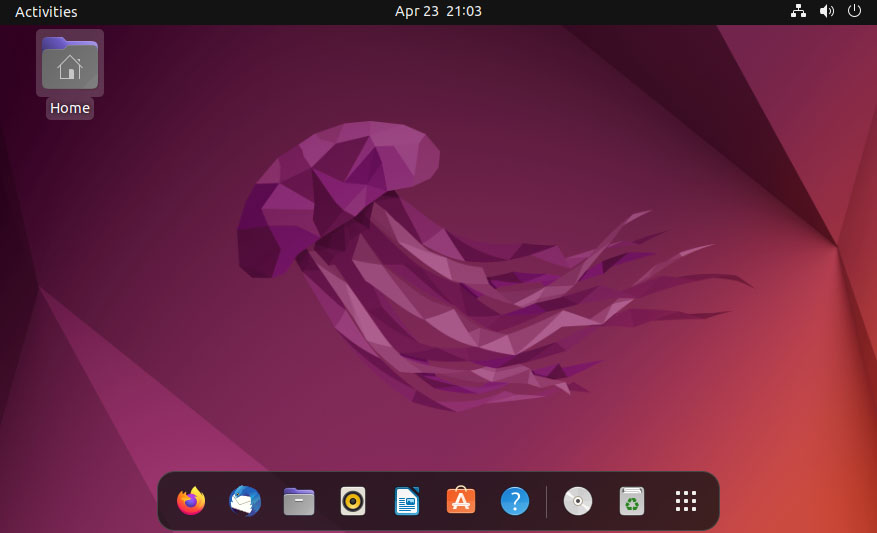 The Ubuntu22.04 LTS comes with an orange color accent theme. If we don’t like the default orange style we can change the color using the appearance settings. The folder accent color also changes.

Yes, a brand new logo was introduced in Ubuntu 22.04. The current version of the Ubuntu(symbol is called the ‘Circle of friends’) logo is 3. The first version is a multi-colored, friendly, and fun logo. Version 2 made it a clear more flat, orange color “practical” logo.

Remote desktop protocol(RDP) is a protocol developed by Microsoft to support remote desktop sharing. Ubuntu 22.04 added support for RDP. Legacy VNC is still available but it is recommended to use RDP for better security, privacy, and performance.

If you don’t have an NVIDIA graphics card then the default session will be Wayland (Wayland is a communication protocol that specifies the communication between a display server and its clients).

Firefox is now only provided in Ubuntu as a Snap package. Some benefits of it are

Ubuntu 22.04 adds Linux restricted modules of NVIDIA drivers on ARM64 in addition to the existing x86_64. The ARM 64 users can use the tool ubuntu-drivers to install and configure NVIDIA drivers from the Ubuntu archive.

12. New settings to change the look and behavior of the dock

Ubuntu 22.04 comes with updated OpenSSL 3.0. It disables lots of legacy algorithms by default. The certificates using SHA1 or MD5 as hash algorithms are now invalid under the default security level.

That’s all about the Ubuntu new features. Which feature do you like most?